The association of formal outfitters Turnbull & Asser with the James Bond franchise started way back in 1962 when they dressed Sean Connery for the Dr No film. The film’s director, Terence Young was a customer and saw the brand as befitting of the worlds’ best secret agent. So, Sean Connery was sent to their store on Jermyn Street to be dressed for the film.

Now, 58 years later Turnbull & Asser have once again been called to provide their expertise for the latest Daniel Craig outing as James Bond in No Time To Die.

To celebrate the union of the franchise and one of London’s most iconic formal shirt and accessory makers, the Turnbull team are now giving you the chance to dress like Bond. The new James Bond collection that launched today, features five new exclusive pieces paying homage to those created for and worn by Bond on film.

The new items join a wider James Bond collection available from Turnbull & Asser with all pieces having been refined over time to bring them as close to the on-screen originals as possible.

Shop the collection at turnbullandasser.co.uk 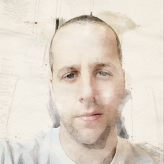 Where To Buy Your WFH Basic Sweaters